People don’t even give out full-sized candy bars on Halloween; why would they spring for the extra cost of edibles?

Once again, the easy-to-fool have jumped on a sensational Halloween myth. This time, it’s the story of drugged-up hippies giving THC candy to trick or treaters.

This year’s overreaction was spurred by the Johnstown, Pennsylvania, Police Department. According to the local Fox News affiliate, the police confiscated THC-infused Nerd Ropes candy. The post suggests that this candy was intended to be distributed to children (despite no evidence of this whatsoever).

“Drug laced edibles are package [sic] like regular candy and may be hard to distinguish from the real candy,” the police department said in a Facebook post.

It’s worth noting the confiscated THC candy was actually clearly marked as containing cannabinoids, and the chief later confessed that there was no reason to assume it was destined for children’s Halloween bags.

So where does this ridiculous rumor come from — and why do people keep falling for it?

Why No Ones Gives Away THC Candy

The age-old scare story about Halloween candy was that a murderous psycho spiked his treats with hidden razor blades. There has never been a confirmed case of bladed candy in the United States, but the rumor crept back every October for decades, an old wives’ tale that wouldn’t die. Lately, fear-mongers have given it an update for modern times. The antagonist has changed from razor blades to cannabis, but the results are the same. Snopes has debunked this story as a bunch of hooey without a single confirmed case — but nevertheless, it persists.

But on its face, the new version doesn’t make sense. People don’t even give out full-sized candy bars on Halloween; why would they spring for the extra cost of edibles?

And the police cautioned against children receiving clearly marked THC candy. That’s even dumber. Giving cannabis to minors is a crime, and it wouldn’t take long for parents to hunt down the party responsible for doling out cannabis to their offspring.

RELATED  Drugs Are Bad Unless Big Pharma Makes Them

Essentially, if someone did decide to give away THC candy on Halloween, they’d be facing multiple charges and losing a lot of cash.

What makes us think that people would act that way? 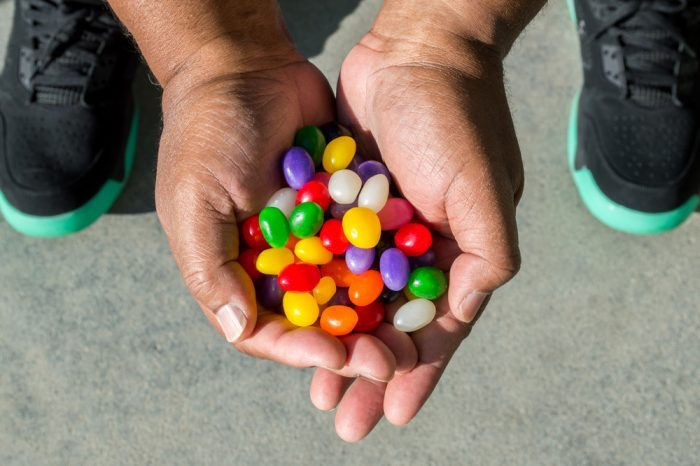 Why Must We Think The Worst Of People?

It must say something about the American psyche that we adamantly tell ourselves the worst about the people around us.

It’s no surprise. The discourse on social media skews negative. Further, we’re less likely than ever to know our neighbors; and we’re seemingly willing to believe in the most outrageous instances of clearly fake news.

Being generous, we could say that society just gets a little too into the Halloween spirit this time of year and is primed for a scare. After all, it’s hard to see images of demons and ghosts every day and not let your mind wander to the dark side, right?

But whether or not we secretly want to believe that the world is a worse place than ever before is irrelevant. It’s neither prudent nor defensible to base our judgments and actions on scary folk stories. Especially when it comes to our kids, we owe it to the next generation to make decisions based on facts. 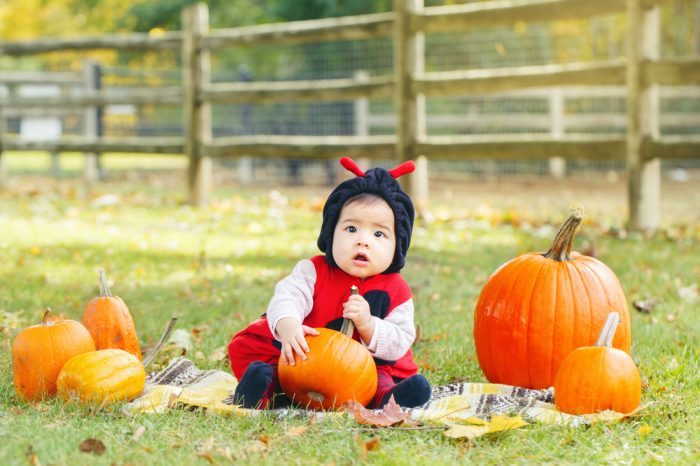 What Are The Real Dangers of THC Candy?

All of this is not to say that cannabis-infused treats don’t pose a risk to children.

They do. But it’s far less likely that a child will receive tainted candy than they are to accidentally encounter edibles at home.

For example, a 10-year-old boy in Rockland County, New York, ended up in the hospital after he consumed a bag of THC candy his father left in the car. While the boy was fine, he was understandably shook up. He ingested at least one piece of candy containing 250mg of THC. Police charged the father with endangering the welfare of a child.

It’s a trend that’s increasingly becoming a problem. In another incident, 11 teens were rushed to the E.R. after sharing some cannabis gummy bears they found at a friend’s house. In both cases, the children didn’t realize they were consuming cannabis. All they saw was candy.

And, of course, let’s not forget the danger that regular, non-THC candy poses to children: It’s very unhealthy. Despite the holiday, kids should always consume it in moderation.

So this year, let’s not misplace our worries. Instead of fretting about the non-existent threat of THC candy, let’s focus on the real issue, and make sure that the adults we know store their edibles safely out of the reach of children.

It’s also a good idea for parents who keep cannabis at home to discuss the issue with their children so that they understand the dangers of eating it.

It’s more fun when the scares stay in the movies and the cannabis stays with parents.