How Did Help Kevin Smith Survive ‘The Widowmaker’ Heart Attack?

Cannabinoids may protect your heart from the extreme damage of a heart attack, perhaps even against the dreaded “WidowMaker.”

In May 2018, filmmaker Kevin Smith announced that “smoking weed” stopped “The WidowMaker” from killing him. The ominous name describes a the total blockage of the LAD (Left Anterior Descending artery) which effectively takes out the whole front wall of the heart. A heart attack ensues.

Recounting his tale on The Late Show, with Stephen Colbert, Smith said, “I honestly thought I was too high. I’d smoked a bunch of weed that day because I was doing the show and then I smoked a joint right before the show and then I got off stage and all of a sudden I had a heart attack.”

His doctor told him, “That joint saved your life”. Before Smith went under, the doctor told him not to worry. He would be one of the 20% that made it out alive. And Smith was, thanks to physician skill and cannabis.

What Happens When You Have a Heart Attack?

Acute myocardial infarction (MI), commonly known as a heart attack, is the leading cause of cardiovascular-related fatalities. It occurs when the arteries supplying the blood to the heart become blocked with a clot (called an infarct).

This termination of blood supply is deadly. Without blood, there is no oxygen, and the underlying heart muscle begins to die. Tissue death occurs via a process called ischemia, which means starving of oxygen. The larger the area that becomes ischemic, the greater the chance of the worst outcome: total heart failure. The WidowMaker kills 80% of its victims precisely because it completely cuts off blood supple.

One way to better the outcomes for patients would be to improve the tolerance of the heart muscle to ischemia. Cannabinoid-based therapy is one of the promising possibilities for accomplishing this. 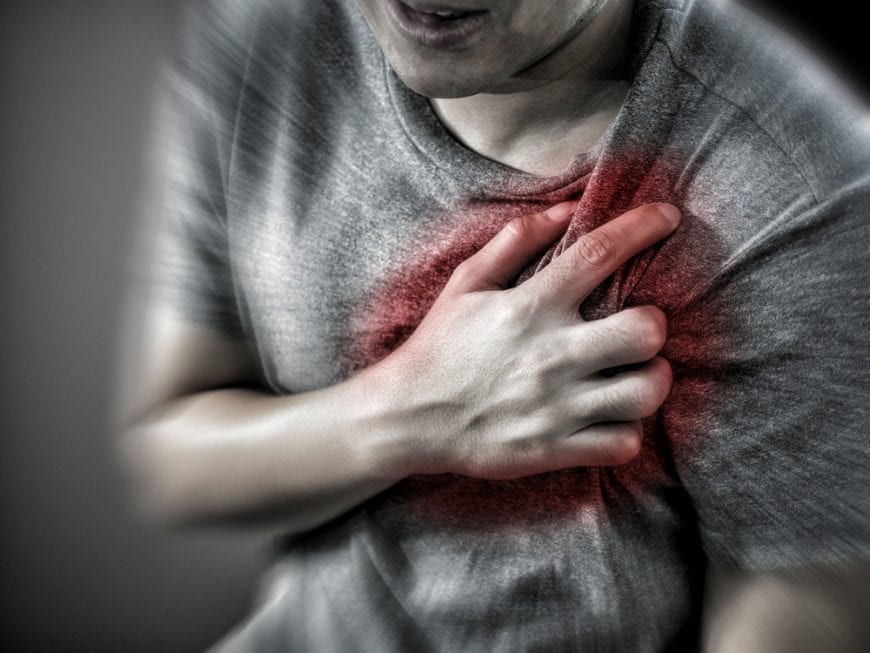 Almost three decades ago, it was reported that the heart could be “trained” to withstand periods of ischemia, a phenomenon known as ischemic preconditioning. However, in real life, patients need to be treated when they are having a heart attack. No one is going to volunteer to practice having one. These practical roadblocks made the “preconditioning” theory remain exactly that.

The concept, however, led researchers to develop therapeutic strategies that help patients after they have suffered from an MI.  It is called “post-conditioning”, and consists of short periods of alternating treatments of low oxygen (ischemia) and normal oxygen (reperfusion), after the heart attack has occurred.

Could Cannabis Protect The Heart From Damage?

Recently, a team of researchers found that activation of CB1 and CB2 receptors, by cannabinoids like THC, accomplished the same post-conditioning benefits described in the alternating therapy.  Another study found that activation of CB2 led to a decrease in the size of dead tissue following a heart attack. Several additional studies have also shown that cannabinoids have cardioprotective effects.

In one of the studies, investigators found that pre-treatment of mice with a very low dose (2 mg/kg) of THC (24 hours prior to heart attack) decreased infarct size and improved other cardiac parameters that signify improved tolerance to ischemia by the heart muscle.

Additionally, several studies have identified that CB2 receptor activation leads to inhibition of a key mediator of inflammation, called TNF alpha. This is important because damage to heart muscle, following MI, is caused by inflammation and oxidative stress. In fact, activation of CB2 within individual heart cells will start a cascade of events that are critical to their rescue from damage.

What Conclusions Can We Make? 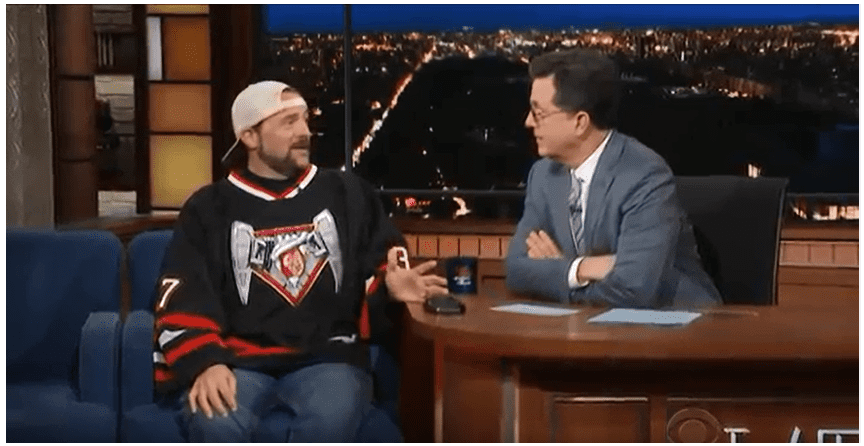 Via: Screenshot of Youtube Video Late Night with Stephen Colbert

The research around using cannabinoids for post-conditioning of the heart is in its infancy. For example, some studies found only CB2 activation to be beneficial, while others say both. What is clear, however, is that the presence of cannabinoids prior to a heart attack might help mitigate the damage. And their presence following a heart attack may help recovery. This is in stark contrast to other recent studies that have determined that cannabis increases heart attack patient mortality. The conflicting reports simply point to the novelty of cannabinoid-based therapies for medicine.

After completing a survey of all recent peer-reviewed studies, it is clear that cannabinoid-based therapies are a very promising treatment for MI patients, especially those afflicted by the Widowmaker.