From ghost peppers to broken limbs. Nothing. No pain. It’s the equivalent of cannabis on steroids.

It sounds like an ad for an old-time freak show: “Woman Feels No Pain!” But, this is not a circus trick. Instead, it’s an accurate synopsis of how one woman in Scotland experiences life, thanks to a glitch in her endocannabinoid system.

Jo Cameron, 71, has a rare genetic phenotype that has scientists re-thinking their understanding of human pain — and the role cannabinoids play in soothing it.

In a new study published by the British Journal of Anesthesia, medical scientists examine a rare genetic disorder that has Cameron pain-free and healing at a super-human rate.

How Can it Be That a Woman Feels No Pain?

From the outside, Cameron seems like any regular person. She’s happy-go-lucky and prone to forgetfulness, but otherwise the former elementary schoolteacher is as average as they come. She’s married, has children, and has lived out her days along the banks of Loch Ness, in Scotland. 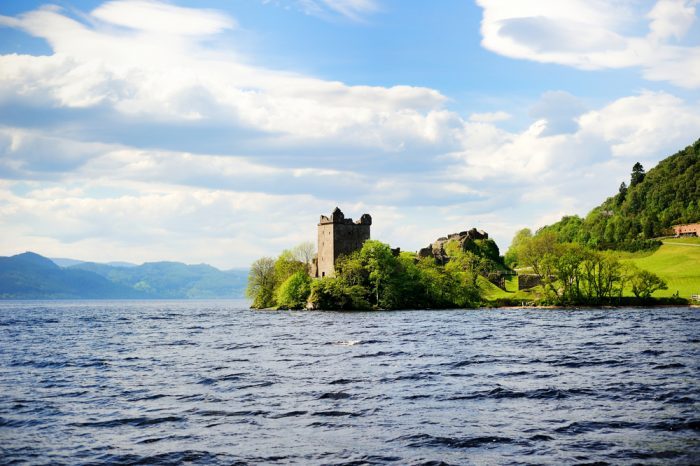 Carries a Secret Code in Her DNA

Unlike most of us, Cameron has reduced function in her FAAH gene and is missing part of a gene called FAAH-OUT that regulates pain, mood, and memory. Because of her genetic mutation, her body has an excess of anandamide, which works in much the same ways as cannabis. It modulates pain and improves mood.

Cameron’s FAAH and FAAH-OUT gene mutations were likely inherited from her father, who also never required pain meds. Unfortunately, he’s passed on and is not available for testing. Her children, however, may provide hope for future scientific testing. Although Cameron’s daughter seems to go through life as a mere mortal, her son has shown signs of a pain-free existence.

This could be very big. Maybe it’s not just that one woman feels no pain, maybe she holds the key to all of humanity relieving themselves of pain.

The scientists from University College London who wrote about Cameron’s condition took samples of her son’s DNA, and found he only possessed one-half of Cameron’s genetic gift. But it’s possible he carries a recessive gene that could show up in the next generation.

What Does it Feel Like to Be a Woman Who Feels No Pain?

Here’s what Jo Cameron has experienced without pain: Having a baked potato burst in her face, breaking her arm, losing her front teeth after face-planting on a backpacking trip, childbirth without painkillers, regularly ironing her arm, enjoying eating stinging hot peppers, and pulling up stinging nettles during her gardening — the list goes on. 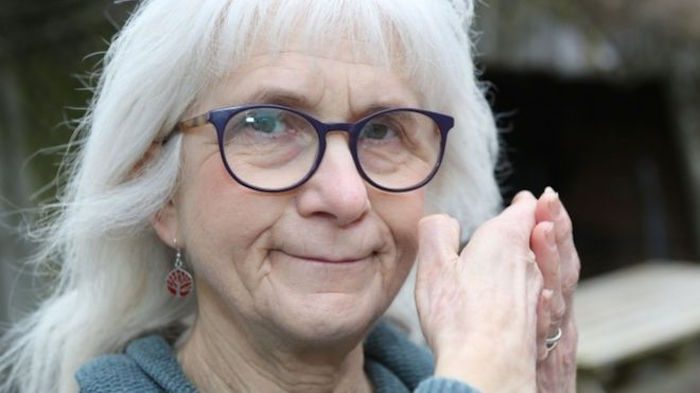 “It’s normal to me, you see. It’s the way I’ve always been,” she said to the BBC. She went on to say that, “It’s only when people point out that it might be peculiar that I realize I am peculiar.”

All of Cameron’s life, she hasn’t had use for pain relievers like Tylenol. She always politely declined them when health professionals offered. She astonished her family doctor when she walked into his office with a slight swing in her gate. An X-ray showed severe hip-joint problems, the kind that cause excessive, deep-seated, pain. The kind that makes people’s quality of life go right down the toilet.

For Cameron, however, there was no pain. Just a bit of a janky walk.

And that’s not the end of her oddity. Arguably, it’s the other effect of the mutation that makes Jo Cameron so enviable. It’s not just that this woman feels no pain; it’s that she also feels no anxiety.

Can a Genetic Mutation Remove Anxiety?

Cameron’s unique anxiety-free life may also be a function of her genetic mutation — one that hasn’t been noted in other patients that feel no pain.

Studies have shown that boosting signaling of the cannabinoid receptor CB1 results in reduced anxiety. On the other end of the spectrum, blocking the CB1 receptor leads to an increase in fearful jitters.

So, not only has Cameron’s endocannabinoid system led her to have a relatively pain-free existence, she also benefits from a good mood and a stress-free attitude.

RELATED  Terpenes for Anxiety - Is There Such a Thing?

Put another way: it’s like she’s been constantly using cannabis since birth. Take a moment a let that sink in. A woman feels no pain, no anxiety, no worries, says “Hakuna Matata” for the rest of her days. It’s the ultimate definition of “Office Space” Zen; a cure for the post-modern go-go blues of our time.

And maybe we can harness it. 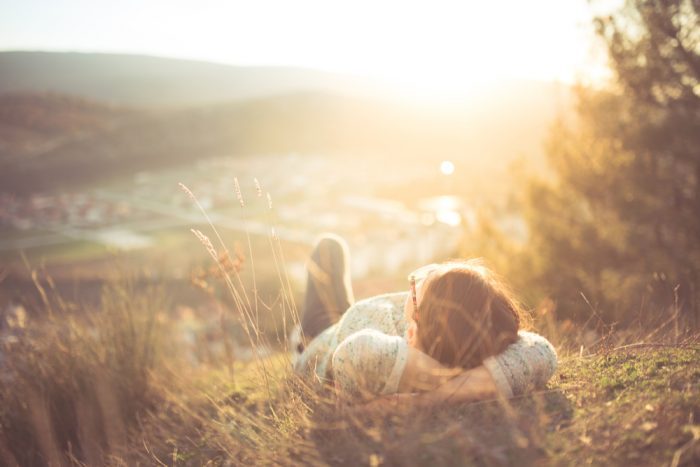 Cameron’s experiences could lead scientists to re-examine the way they think about pain, anxiety, and mood. This could lead to novel treatments for everything from cancer pain, post-surgery soreness, PTSD, childbirth, and other major wounds. And because it links to her endocannabinoid system, could cannabis help us find the solution?

Needless to say, this is an exciting new frontier. If successful, scientists could create pain and anxiety medications that do their jobs better than anything we’ve ever seen.