The first of its kind, a new study published in Elsevier (2019) has delved into the interest and patterns of cannabis consumption among women who have diagnosed with gynecological (gyno) cancer. Until now, most of the gyno cancer research has been connected to cancer-related pain or chemotherapy-induced nausea.

Women Already Taking Cannabis Treatment Into Their Own Hands

Researchers distributed a survey to patients living in the cannabis-legal states of California and Colorado. The goal: to find out if women with gyno cancer were consuming cannabis. And if so, to find out more about how they were doing.

Among the women surveyed, those who had turned to cannabis had done so without a prescription. It was also found that the majority did not start consuming cannabis until their state legalized it.

Yet, almost thirty percent of respondents reported that they consumed cannabis products following the cancer diagnosis. The other two-thirds reported they had not consumed cannabis for gyno cancer. But, more than a third expressed interest in doing so if a physician were able to provide guidance. The researchers did not observe any discernible difference between age, race, socio-economic background, cancer stage, or religious affiliation. 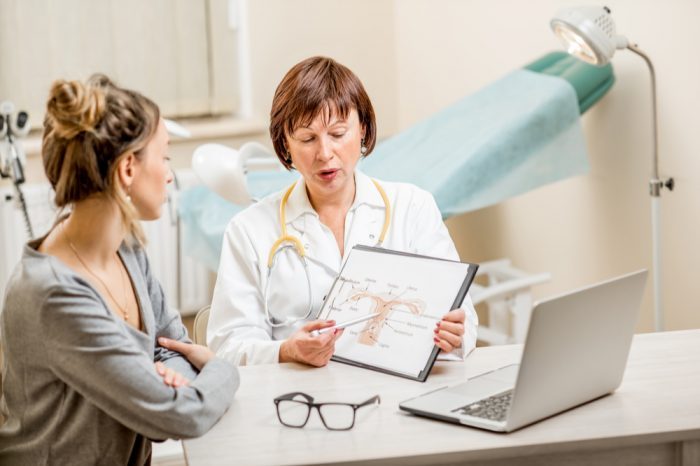 How Cannabis Has Helped Treat Symptoms Related to Gyno Cancer

Taken alone, the above results of this study are interesting. But the data offered even more insight. Namely, it identified which symptoms the respondents were treating with cannabis. The data also showed how cannabis impacted the intake of pharmaceutical drugs, such as opioids.

Consistent with what we already know about cannabis and cancer-related pain, the study found that women with gyno cancer who consumed cannabis did so to deal with pain. Other reasons included treatment of insomnia, anxiety, nausea, and appetite stimulation.

The survey also asked how cannabis affected the respondents’ consumption of opioids. The results were similar to what we’ve seen in other studies. Over fifty percent of respondents reported a decrease in prescription narcotic use.

The data received about physician participation gives us another thought-provoking take-away. Roughly sixty-eight percent of cannabis-consuming women had already discussed it with their physician. And, fortunately, the majority of them had felt supported. But for most, the doctor was not able to provide helpful information in terms of dosing and method.

Those who hadn’t discussed cannabis with their physician cited their reasons why. These were fear of judgment, lack of comfort, and difficulty initiating the conversation. About twenty-two percent also didn’t feel their doctor could give them information that would be useful.

A study in The National Academies of Sciences Engineering Medicine (2017) found that only thirty percent of surveyed oncologists felt that they were well-informed about cannabis. Yet, eighty percent had talked with their patients on the use of medicinal cannabis. It’s becoming clear that knowledge of the effects of cannabinoids among oncological physicians is lacking. This includes those advising patients with gyno cancer. 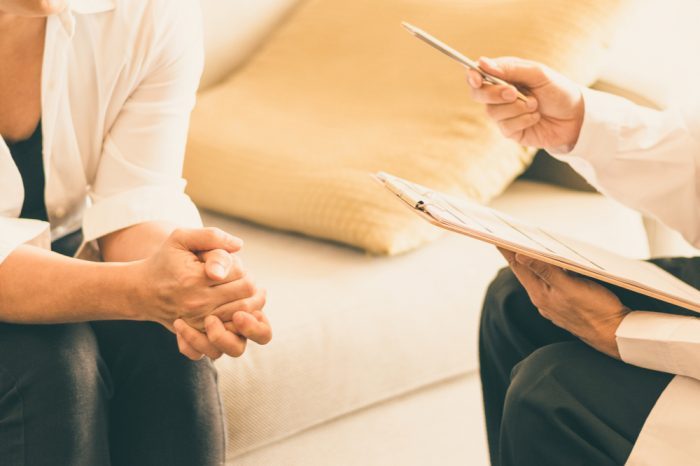 Conclusions On Cannabis and Gyno Cancer

It’s apparent that women with gyno cancers are becoming more interested in cannabis. The diversity among them is also encouraging. And not just in regard to age, race, socio-economic background or religion.

Among the women studied, researchers found a variety of different cancer characteristics. The majority were suffering from ovarian cancer. They were closely followed by endometrial and uterine/cervical cancer. The stages of disease also varied. This tells us that cannabis could be helpful to women suffering gyno-related diseases. Regardless of their diagnosed stage.

According to U.S. Pharmacist, each year, “71,500 women are diagnosed with, and 26,500 women die from a gynecologic cancer.” These statistics don’t take into account the startling number of women also suffering from other complications. For instance, approximately 176 million women worldwide have endometriosis, a condition that can cause a significant amount of gynecological pain. Cannabinoid treatment may also help with many other painful uterine issues. These include pelvic inflammatory disease, fibroids and ovarian cysts.

RELATED  Can Changes In Speech Patterns Be Used As A Sobriety Test?

This is hopeful news for women. Until we know more, this study offers a captivating blueprint for how cannabis could help women. Especially those who are suffering from gyno cancer and other uterine-related conditions. It also gives us even more insight into cannabis treatment for cancer-pain.