Woodstock Was Cannabis Culture and Altamont About Alcohol

Two famous music events of 1969 highlight two key ‘truthisms’ of a civil society: when you let the people govern themselves, there is calm and good behavior; when alcohol comes on the scene, peace is replaced by violence.

The Woodstock Music and Art Fair of 1969 is indelibly set in the American consciousness in dayglo pigment. But the concert of the century was about more than music; it was the apex of the 60s countercultural ethos. It was a testing ground to establish whether an event, in which everyone adhered to the ideals of peace, love, and harmony, could achieve these ‘hippie ideals’. Woodstock was the very definition of idealism.

There were no reported incidents of violence during the three-day festival. More than half a million souls showed up for the event, and the most violent thing we know to have happened was when The Who’s, Pete Townshend, yelled at leftist political organizer, Abbie Hoffman, to get off the stage and struck him with the neck of his guitar. 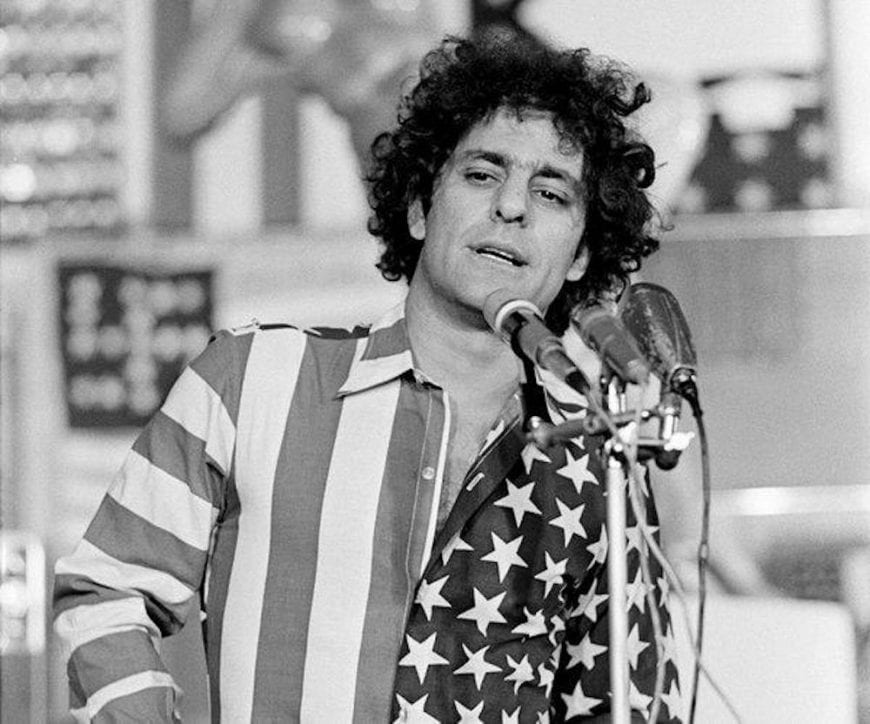 How Was Woodstock So Peaceful?

How did a festival hosting that many people — many of them unplanned for —stay peaceful? It was crowded. It was loud. The rain came down in sheets. Food was in short supply. Many people slept on the ground. Yet not once during the entire long weekend did anything resembling fisticuffs go down.

The security consultant hired to oversee Woodstock ’99, a concert in honor of the original that hosted 200,000 people, told the New York Times: “’It’s a statistical probability that a certain number of crimes are going to occur over a period of time with a crowd of that size.”

So why did Woodstock ’69, with over twice the attendees, have no trouble at all? One theory: cannabis calmed the masses. 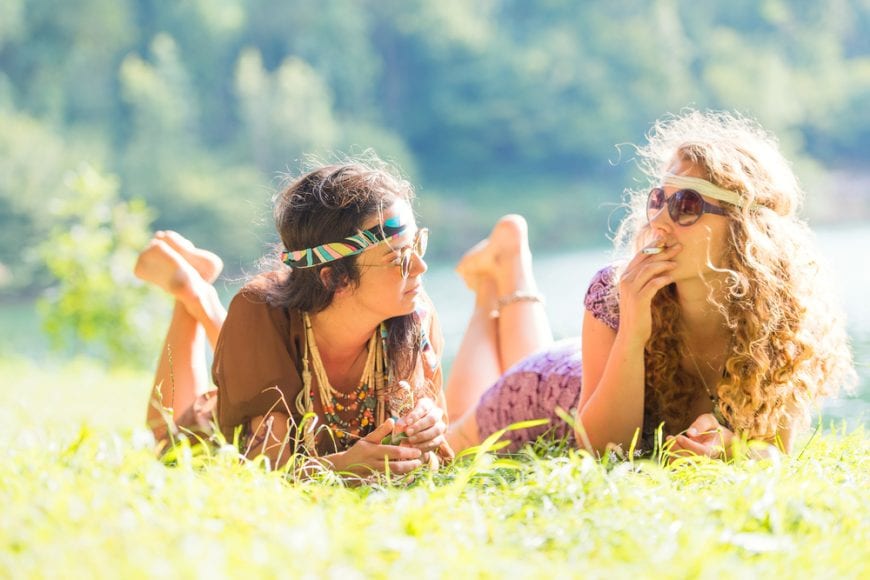 Approximately 90 percent of the Woodstock ’69 crowd used cannabis during the event. Considering the conditions they had to overcome (only 600 toilets were available, that’s one for every 900 or so people), it’s remarkable that no violence or burglary occurred. If people lost their tempers, they didn’t show it much. Cannabis — and an anti-violent ethos — might have saved the day.

Here’s another theory: it was the cops (or lack thereof).

Theory Two: There Were No Cops or Security Hired

Following the hippie ethos that marked authority figures as distrustful, Woodstock organizers flatly refused to allow off-duty police officers to work security. Instead, a New Mexico commune, known as the Hog Farm, were hired for the job. Led by beatnik comedian, Wavy Gravy, the security detail (who dubbed themselves the “Please Force”) allegedly warned potential troublemakers to shape up or fear the consequences of sprayed tonic water and pies in the face.

That’s not to say that no police were there. It’s just that the event staff did not hire any. The local precinct still sent a few men down to check on things, but the size of the force is estimated to be less than a dozen sworn officers. Nevertheless, they managed to write up about 100 drug charges over the course of their limited stay. 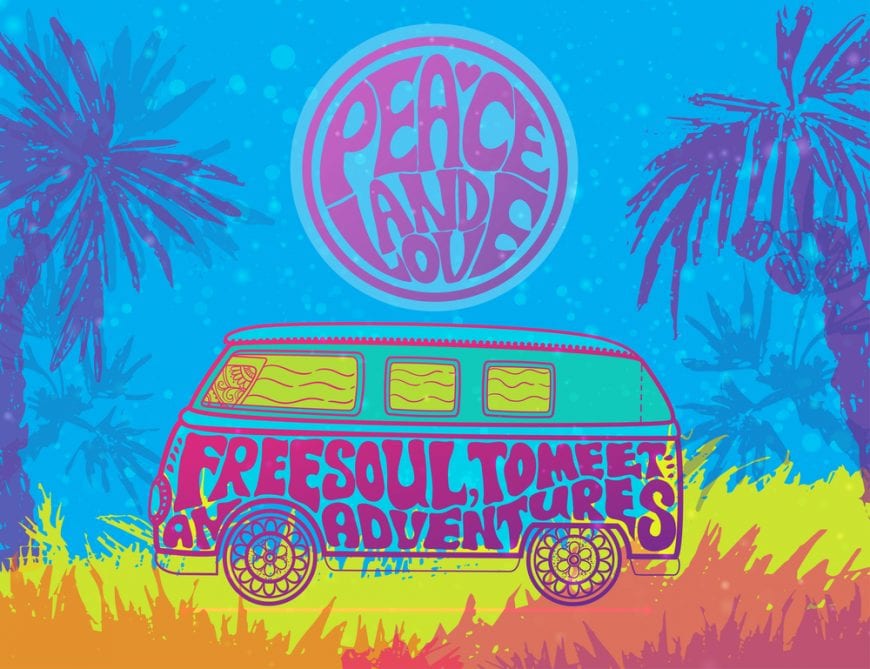 Could the lack of a sizable American police presence have led to a reduction in violence? It’s an impossible question to answer, but it seems credible. Police certainly couldn’t have made the event any safer — it was already nonviolent. So the best that cops could have done was no better than the Hog Farm (who also fed nearly 200,000 concertgoers at the Hog Farm Free Kitchen during the event).

Or maybe the nonviolence was due to both an absence of alcohol and a peaceful security detail.

No, There Were Not Any Hell’s Angels At Woodstock

Next to Woodstock, in concert history, is the infamous Altamont Free Concert, which also occurred in 1969. Many people mistakenly cite the violence of Altamont as having taken place at Woodstock. It didn’t.

Headlined by the Rolling Stones, the concert hired the Hell’s Angels motorcycle gang to work security. Instead of cash, the gang took their payment in the form of beer — $500 of it, to be exact (and that’s in 1969 prices).

Before the Stones took the stage, the event was already knee-deep in violence. Using axe handles as instruments of crowd control, the drunken Angels almost immediately began to channel the LAPD. An Angel knocked out Marty Balin, the lead singer of Jefferson Airplane. Another stabbed an 18-year-old fan just 20 feet from the stage.

Altamont was supposed to be a second Woodstock, a continuation of the hippie ethos that had played out so beautifully in New York. But the difference is clear. Altamont had less organization and less idealism. (Most people believe the whole festival idea came from The Stones wanting to prove that they weren’t sellouts).

However, Altamont was something else as well: It wasn’t all hippies. Cannabis and community were replaced by alcohol and hired cronies. 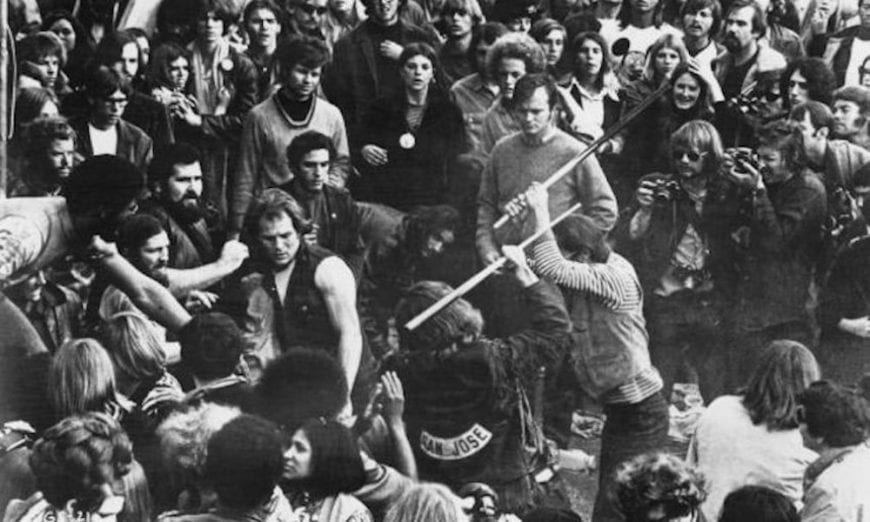 The End of the Counterculture?

People often view Altamont as the downfall of the counterculture movement. Maybe it’s just a cautionary tale about intentions and hiring criminals to oversee patron safety.  The event featured the same kind of bands as Woodstock, but the atmosphere was completely different. Instead of love there was violence; instead of Hog Farm, there were Hell’s Angels; and instead of cannabis there was alcohol. Which was the match that lit the flame?