Elevated crab cakes are the next level in fine dining, but you can make them right at home with this easy recipe. Boost your brain and mood today!

Can you name one grown-up food that you’re allowed to dig right into just like a kid? That is, a dish that requires a bib simply to remain tidy. You might have guessed it: crab! And to add a little more fun, there’s a way to infuse these with cannabis.

Let’s examine the possible benefits of consuming infused crab cakes. Since we don’t all have bibs, let’s add a small twist to this dish and make it into a finger food. Either way, you’re going to get the Omega 3 for improved brain health.

Study Into The Potential For Improved Brain Health

A study done in the year 2000 looked at how cannabis may produce neuroprotectant antioxidants. Their results were published in the Annals of the New York Academy of Sciences. The researchers showed that cannabinoids may help protect brain health with the presence of toxic levels of glutamate in the brain. More specifically, they mentioned that THC and CBD both “reduced NMDA, AMPA and kainate receptor mediated neurotoxicities.”

They further showed that several cannabinoids are antioxidants by means of “using cyclic voltametry and a fenton reaction based system.” In other words, they used compounds like hydrogen peroxide and electrical charges to demonstrate the cannabinoids’ ability to produce antioxidants. Hampson et al. specifically mentioned CBD’s efficacy in reducing hydroperoxide toxicity in some neural cells. They also demonstrated that it is even more effective than alpha-tocopherol and ascorbate in their ability to protect neurons during times of glutamate toxicity. 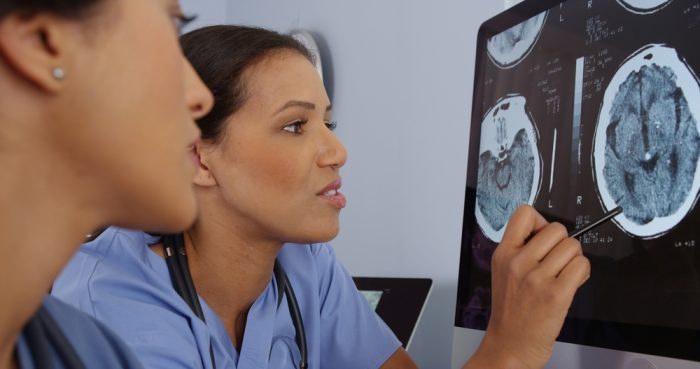 So, not only is eating cannabis potentially good for your brain, it might also pair well to boost the benefits of consuming seafood.

According to 2012 research that appeared in the Global Journal of Health Science, seafood consumption may even help the cognition of children. In fact, they found it may help more than just their brains. The literature review noted that eating seafood “has been demonstrated to help ensure good fetal neuron development and infant and child cognitive and visual development.” You’ll want to make sure there is non-infused option for the kiddos.

If you’re looking for a different snack, delicious treat, and dementia-busting edible, consider these infused crab cakes for your next social gathering.

The next time your brain needs a boost and you don’t want to get your shirt dirty, consider grabbing some sliders stuffed with crab cakes. Here’s how to make them. 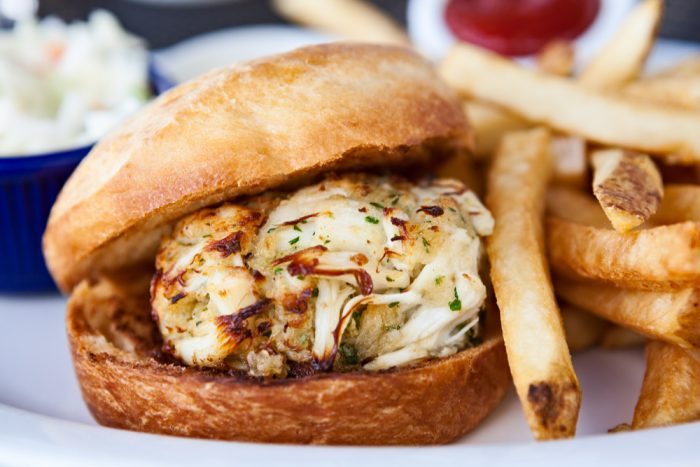 Once the sliders are ready, it’s up to you to decide what to do with them. Feel free to add any garnish you like, but one classic sauce for seafood is tartar. We’ve added an infused tartar sauce recipe just in case you want to add an extra boost to your crab cakes.

Omega 3 fatty acids, found in abundance in fresh fish and seafood is a serious brain booster. Studies have shown that it can increase blood flow to the brain, thereby improving learning, memory, and even reaction time. Cannabis is also a brain health booster through the many actions of cannabinoids on CB1 receptors in the brain. Crab cakes are a delicious way to make you smarter!